Methods are FUNCTIONS INSIDE A CLASS

Functions can be inside or OUTSIDE A CLASS!

Cannot use functionName(param1,param2) to call a function declared inside a class {}

Methods are functions that are associated with a particular type. Classes, structures, and enumerations can all define instance methods, which encapsulate specific tasks and functionality for working with an instance of a given type. Classes, structures, and enumerations can also define type methods, which are associated with the type itself. Type methods are similar to class methods in Objective-C.

This is not particular to Swift but may come up in searches.  A Class Factory method is what was know in ObjC as factory methods and I even saw them references as convenience methods or constructors.  These are instead of:

ObjC class or factory methods get mapped as convenience initializers in Swift.  So:

gets translated into this:

Any other convenience initializer calls self.init and have the convenience keyword before the init keyword.

Initialization must be done in order; own properties, super, super properties.

Initializers & Optionals in one 🙂

where init(x:Int) is the designated initializer and any other must have the convenience keyword. 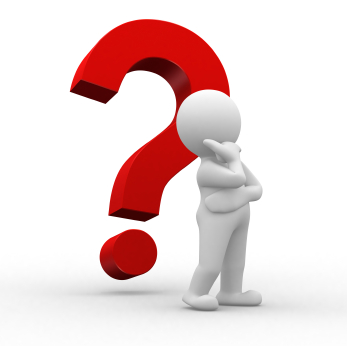 Optionals confuse me so I wrote this post and hope it can be of some help.

Takeaway #1: Optionals are used to declare a variable but are not assigned a value at start

Takeaway #2: Optionals contain a Some or None value, they DONT contain a String or Array or whatever else.

Takeaway #3: Therefore we MUST unwrap the value of an Optional to see what the prize is 🙂 In other words, to access its value!

A) Using the following syntax: var someVar? – You will mostly use this…

B) Using “var someVar!” <Implicitly unwrapped> – Unfortunately UIKit & other Apple frameworks will use a lot of these…

Turns out you can declare a variable as an implicitly unwrapped optional if you know it will, at some point, be non-nil.  So for example, in this SO post (http://stackoverflow.com/questions/24006975/why-create-implicitly-unwrapped-optionals) they talk about have viewDidLoad in a view controller call a setter upon load:

We know that screenSize will be filled because viewDidLoad WILL be called.  Then later we do:

We know screenSize will have a value if its ever called.  So we can instead declare it as an implicitly unwrapped optional with a ! instead of a ? in the initial var declaration.  But don’t sweat this so much right now.

Takeaway #6: Method 1: Traditional (Risky): if var != nil and then access it inside the if block.

But to access it you have to unwrap the present 🙂  To do this you use the bang operator !  Whenever you use the ! you are ‘force unwrapping’ a variable, which means it will open it no matter what.  If nil is in there…KABOOM!  Bye bye Moose & Squirrel!  So you better have checked before hand.

This is more safe because it checks first or peeks in the box so to speak.  Thus you can use the variable without unwrapping.

Takeaway #8: Optionals unwrapped using? – This one is still kinda confusing to me. Has to do with optional chaining and inline downcast syntax I believe.  It means that when you have many optionals.  Let’s assume you have a class with 2 optional variables, name? and price?  Let’s pretend you write a function that creates a new Stock() class object and must therefore set name & price variables for it.  We would first have to check if one is set and then the other:

//now we can do something with price…

This would get messy.  So we chain them into a single statement like so:

Takeaway #10: Many ObjC framework objects are optionals? and many are implicitly unwrapped! when passed into functions because they will start out as nil (UILabels, MKAnnotationViews or MKPolylines) but we know they will eventually get filled in because that’s why we put them there in the first place:

Takeaway #11: When we have something like an MKAnnotation! is received in a function as annotation. If we wish to use its super class properties, we must be inline downcast to while if-let checking. Once inside we can implicitly (force) unwrap MKPinAnnotationView! because we know since the annotation exists, it will have a view. For example, in this method:

We can interpret that funky as? as follows: “If when I get the variable overlay and unwrap it, it downcasts successfully to a MKPolyline && I get a value (not-nil) then put it into polylineOverlay & continue…” Hope this helps…

I’m having trouble understanding optionals so here is a shot at explaining them. 🙂

Simple, this is an Int variable declaration.

This on the other hand is an optional variable declaration.

This optional declaration doesn’t mean: “this is an int, which is optional”.

It reads more like: This is an OPTIONAL variable.  It’s a type of variable in and of itself.  Its NOT NECESSARILY an Int.  It just may or may NOT contain an Int”.

Ok so what is it for and when do you use it.  Well that part seems simple enough:

If that variable can or could or may be nil at some point, it’s an optional.

If the variable will always have a value, it will never be nil, its NOT an optional.

Don’t be misled by this simplicity.  Some variables can start out as nil and receive a value at some point.  What then?

Well it turns out there is a sort of table, if you will:

Yeah, thanks for confusing me :S

Here is another way around it:

you can also check for that in a different way:

Here is the kicker:

And it gets trickier what with ?? and variable != nil.  So let’s throw everything out the window and start anew.  Let’s define a function we might actually be interested in:

Assume we have an array of locations:

This is a function we wrote to find a particular code inside an array of possible error codes.  We call it by passing it in a code and the array of possible codes.  If we pass it a code that is NOT in the array, let’s say “700”, then the “internal if” will not evaluate to true and we must return nil.  We must return nil because otherwise, because the function is meant to return a String (the name of the matched code) && that “if block” didn’t hold true, you get a compiler error because we are not being exhaustive.  This means, if we pass the function a value that IS in the array, great, we will get a ‘return code’.  However, if we pass it a value that is NOT in the array, the function would not be returning anything.  So we NEED to return something for it to work.

We could return an emply value but consider the following.  Let’s say we wish to display that code returned in the console, via println (or plot it on a map of servers for example).  The point being that we need to do something with the returned code:

So how do we account for such a possibility?  We need to define the return value of the function findCode as an optional.  To do this we add this to the variable “?”.  Here is what the function would look like:

Now we can actually return a String value, maybe, or we could be returning an Optional value.

Great, now let’s asume the plot function looks like this:

Ok so now we can say

The issue is that the value returned by findCode, is Optional.  So the value of receiver will be optional.

We also have another issue, plotOnMap() takes an Int, not a String.  So we have actually defined receiver as:

Notice we have defined it as String?, not String.  This means receiver can hold a String or a nil, because its being defined as an Optional type, not a String type.

So what can we do?  We can ask it for a value only if it HAS one:

This would indeed fix the problem.  You have solved the possibility of an optional in a function you wrote yourself.  But there is always the other case, values returned by functions you DIDNT write!  Ugh!  Remember I mentioned that our plotOnMap() takes an Int, and not a String?  And we are in fact unwrapping an implicitly defined variable (called receiver) into a String (cause that’s what the function returns?  Well we need to convert it into an int, which is simple in Swift, just say string.toInt().  This means we have to do this:

But if you jump to definition on toInt(), you will notice that it also returns an optional.  So we would need to do something more convoluted:

which is quite confusing.  So there is a Swift syntax which let’s you condense this into: